The police may not search a suspects vehicle if there is a delay in searching the automobile from the time of the arrest.    The Court in United States v. Bumphus, 227 A.3d 559 (2020)  held that A 4-day delay between seizing and searching a car containing a child’s backpack, wife’s purse, and cell pho 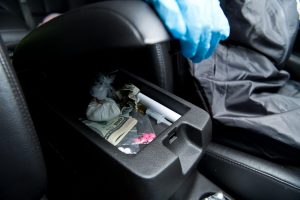 ne was unreasonable where police offered no legitimate reason for the delay.   Suppression of the recovered evidence was warranted to deter unnecessary delays between the seizure and search of personal property.

In this case,  The police received a tip that an individual had a gun in his automobile.  The Defendant had just parked his car when the police pulled up behind him.   The Defendant got out of his car, but he threw his keys to an unidentified person who left the scene before he was told the reason for the stop.   The police immediately detained him and placed him in handcuffs.    The car was locked, and police were unable to get into the car.    The police towed the vehicle to a facility.      As the vehicle was being towed away and after he had been released from handcuffs, Defendant asked whether he could remove some personal items—his child’s backpack and his wife’s purse, which contained her cell phone—from the car.   The police would not let him retrieve items.

The car remained at the MPD storage facility.  4 days later, the police obtained a search warrant and found a gun.    Interestingly, the Officer told the Defendant at the scene that his wife’s purse and other personal items “there [was] nothing in [the purse] that you cannot live without for four days.”    The Officer was very nonchalant and callous about the Defendant’s personal property in the car.    In the trial court, Judge Raffinan stated, “the officer did not … state that on or during that four[-]day period[ ] that he was looking into other issues that related to the case; or that he was investigating something further; or even that he had other work that was pulling him.” The trial court concluded, “in some cases, four days may be reasonable[,] … under these facts and circumstances, I don’t think that it was reasonable.”

The Government argued that the gun should be admitted into evidence because the Officer operated in good faith in obtaining the warrant.   The Appellate Court stated the police did not find the police acted in good faith. The existence of a later-acquired warrant is factually and legally immaterial in our assessment of the good faith argument.

While the Court does not talk about black lives matter and the attitude police have towards individuals they arrest, it was clear that the Court was disgusted with the nonchalant callous attitude of the officer seeking the warrant –  “the court determined that the officer gratuitously waited four days to seek a warrant giving him the authority he already had to search Mr. Bumphus’s car, and in so doing acted with gross negligence (if not deliberately) to withhold important personal objects—the car and its contents—from Mr. Bumphus.”