LET US HELP YOU 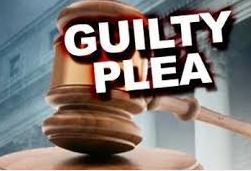 So regardless of what you seen or heard (Law & Order) – Most criminal cases in the United States end in a plea agreement.    That’s not to say cases don’t go to trial.   In fact,  we have done more than 3000 trial in the course of 20 years of practice.  However, don’t be fooled by an attorney that says that he tries all his cases.    That would be nonsensical.

Vast Majority of the Cases with Plea Agreements

The sentencing hearing after a guilty plea can be just as important as the trial.  The Judge may hear testimony whether through orally or through written correspondence making a request for a particular sentence.  If there is a victim involved (for example assault) that person will be able to tell the Court what they believe the person should be sentenced to based on how the crime made them feel.    The Judge will then sentence the person after listening to the prosecutor, the defense lawyer and the defendant.