NEED A DUI LAWYER IN THE DISTRICT OF COLUMBIA? 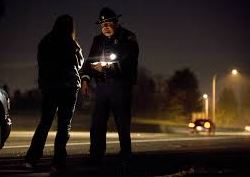 One that won’t break the bank?

If you were arrested for a DUI in the District of Columbia, every step you take, everything you say, will either save or sink you.

The words that come out of your mouth and the actions you take after you’re stopped and arrested for a DUI, and which DUI lawyer in the District of Columbia you retain—all can have a profound impact on how much time you’ll spend in jail, how much of a fine you’ll pay, and how long you’ll be without a driver’s license.

Every day, as DUI lawyers in the District of Columbia, we see grave mistakes made by clients when dealing with their DUI cases.

We even see DUI lawyers make mistakes that cost their clients a longer driver’s license suspension, and results in them spending a longer time in jail and paying higher fines, especially for multiple offenses.

With second, third, fourth, and subsequent DUI offenses in DC, you’ll get at least some jail time—how much depends on how your lawyer handles the matter. You’ll also likely pay a fine, whether it’s your first or fifth offense. And you’ll lose your driver’s license for a while.

Click Here to see the penalties for DUIs in DC

Bottom line? You can’t afford to make mistakes after a DUI arrest.

3 THINGS TO AVOID DOING WHEN ARRESTED FOR A DUI IN DC:

POSSIBLE CONSEQUENCES WHEN ARRESTED FOR DUI IN THE DISTRICT OF COLUMBIA

Only a highly experienced DUI lawyer can help minimize the serious burden of this event on your life.

Yet, the DMV doesn’t care about that rule—yes, there is a DMV hearing in addition to the criminal DUI case.

The DMV determines whether they’ll suspend your driver’s license and for how long.  The DMV hearing can be as complicated as the criminal trial.  We set the DMV hearing and attend with you to minimize the impact.

We’re in the trenches with you.

We’ve got your back!

You need a great DUI lawyer in the District of Columbia, but one who won’t gouge you in your time of need. That’s us. Just call us at 202-455-5610 and we’ll discuss a good strategy to move you beyond this event so you can go on with your life.

If you can’t make a call right now, but are able to email, contact us