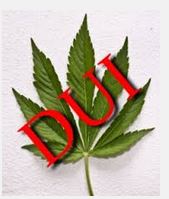 When you are suspected of driving under the influence of marijuana in Washington, and/or Maryland.   The police will probably try and ask you to do a urine analysis at the police station. It should be important to note that it is not the issue of what drugs the suspect had consumed. It’s how that particular drug affects the driver’s ability to operate a motor vehicle. Therefore, the drug used by the suspect could be LEGAL drugs such as NyQuil or Benadryl. If those drugs impair his/her ability to drive, you could be charged with a DUI  in DC or Maryland.  Aside from the chemical testing, the prosecution may offer other evidence to prove the suspect was under the influence. Such evidence may include: Statements made by the suspect; Erratic driving; Appearance of the drive (e.g. smell like alcohol or marijuana); Performance of the Field Sobriety Test; Defending a case of Driving Under the Influence of Marijuana or drugs is a complex one.    You should consult with a competent lawyer to argue your case at trial, or successfully negotiate a favorable outcome. Today, prosecution still faces challenges in proving these types of cases. For example, the government needs to prove how a particular drug (detected in the suspect’s body) affected the way he/she was driving. Please see Marijuana and Driving: A Review of the Scientific Evidence for a more in-depth discussion.