No permit to drive Trial in DC 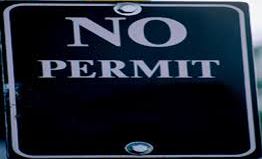 No permit to drive Trial in DC

1) The police officer who stopped you while driving;

The Law in the District of Columbia that shifts the Burden

In Bush v. District of Columbia, 78 A.2d 243 (D.C. 1951), the court upheld the No Permit charge. The Court in Bush stated “we have ruled that ‘where a person claims to fall within the exception to a statute, this is a matter of defense and must be shown by the defendant, and it is not the duty of the government to either allege or prove that the defendant does not come within the exemption.’”   The non-resident exemption is found in D.C. Code §50-1401.02.  So you see if you are charged with no permit in the District of Columbia, the burden will shift to you once the prosecutor proves you did not have a license in the District of Columbia.