Arrested for Traffic or Misdemeanor in DC - the process

LET US HELP YOU 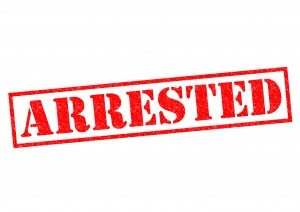 District of Columbia is unlike any other state because there are so many different law enforcement agencies.   Metropolitan Police Department , U.S. Park Police, U.S. Capitol Police, Federal Bureau of Investigations, U.S. Secret Service and other police agencies all have the power to arrest an individual if the police officer has probable cause to believe a criminal offense occurred in his/her presence.

If you are arrested on a Traffic or DC Misdemeanor charge you may be taken into custody.  The arresting officer will take you to the appropriate police district station to process the arrest.  Processing arrest includes filling out reports, describing the reason for arrest, and getting identifying information about you.  To this end you may be fingerprinted for identification purposes.

If you are released by the officer in the field, the officer will tell you to appear within 2 weeks at the police station in the Police District in which you were arrested.  When you appear at the station, you must chose to post and forfeit or contest the charges in Court.

If you are afforded the option to post and forfeit and not considered a flight risk, the police may give you a citation release.   Citation release may be denied if you appear not to understand the nature of obligations of citation release (if you are intoxicated or impaired) or if you fail to cooperate with the booking process or for other reasons the officer deems necessary.    Your date to appear will be approximately 21 days after the initial arrest.  Again if you fail to appear for your court date a bench warrant may be issued.

If you are not afforded citation release you may be detained overnight and brought to court on the next business day.  (Court is open everyday except Sundays)